The Teachings of Fishnu through a Software Developer

Software developers are modern day Samurai. We are relatively few who are dedicated to our art, possess a powerful work ethic, readily accepting of change, and are naturally contemplative. We are also precariously caught in a currently dark and turbulent chasm between human and machine intelligence. Our job is to close that chasm.

We humans are caught in an ugly stage of development between low-sentience animal and high-sentience soul. Through our work as software developers, closing the gap between human and machine intelligence, insights reveal themselves to us. These insights light up the journey for everyone though the ugly stage.

This site is about honing the spirit of software developer warriors. It is in the form of Zen Teachings of the Eternal Fishnu. These teachings were passed to me, Reverend Dukkha Hanamoku, a practicing software developer of over 40 years. And I pass them to you.

The principles of the Eternal Fishnu’s teachings are encapsulated in three Zen stories; The Empty Cup, Is that So?, and The Man with the Bag. Those three stories are further distilled into the single statement: With a clear mind we fully accept what is right here.

Before moving on to a few key topics of the Teachings of the Eternal Fishnu, a quick start on a modern Zen approach is my series on the Eightfold Path. The Eightfold Path is the foundation of Buddhism, which is conveyed in a manner that should be more relatable to software developers.

For a not-so-quick-start, but a comprehensive introduction to the concepts of this site, see my post on Domain Reflection Models.

Although I brand this site as “Zen for Software Developers”, my intent is to cater to a much wider audience – engineers, architects, and designers of all sorts, still working or retired, or other Zen practitioners who may be interested in trying out a new Zen art.

Additionally, we software developer types can often be too smart for our own good, too independent, passionate, idealist, perfectionist, impatient … Anything else?  Such folks come from many other paths and may find this site’s content useful as well.

Those qualities listed in the prior paragraph makes life tough from within “normal daily life”. But these are energizing qualities when looking into normal daily life from the perspective of  the Universe as it really is.

We don’t need to understand anything to do this. We just need to be in the moment, fully reflecting Now. It takes practice, and the only way to practice is to keep doing it. Focus on what you’re doing, not what you did, not what you’re going to do.

I make an effort to minimize software jargon. In fact, a large percentage of the posts contain no mention of software. I don’t believe I’ve ever included any code or math. At the least, I try to focus the first part of a post on the Zen concept I wish to discuss and save the software stuff for later.

Pitifully Inadequate Model of the World

As a software developer my job is modeling the world. Specifically, the part of the world my customers have carved out for themselves. For humans the job of our brain is to model the world. In both cases, it’s so a business enterprise or our bodies, modeled by software or our brains, respectively, can thrive in this world. But both my software and my brain are pitifully inadequate models of the real thing. The only adequate model of the Universe is the Universe itself.

Software Development as My Zen Art

The better we blend with the Universe, the less dukkha we experience. We blend with the Universe by being 100% accepting of what is. If we’re successful at being 100% accepting of what is, it means we’ve mastered evolving ourselves along with the relentless impermanence of everything. In the case of software development as my Zen Art, it means I try to write software as amenable to change as possible.

No Dependence on God

Think of our time on Earth as explorers of the vast “space” of possibilities. Perhaps something like a “Web Crawler” used by Internet search engines to explore the immense vastness of what’s out in there in the “net”. 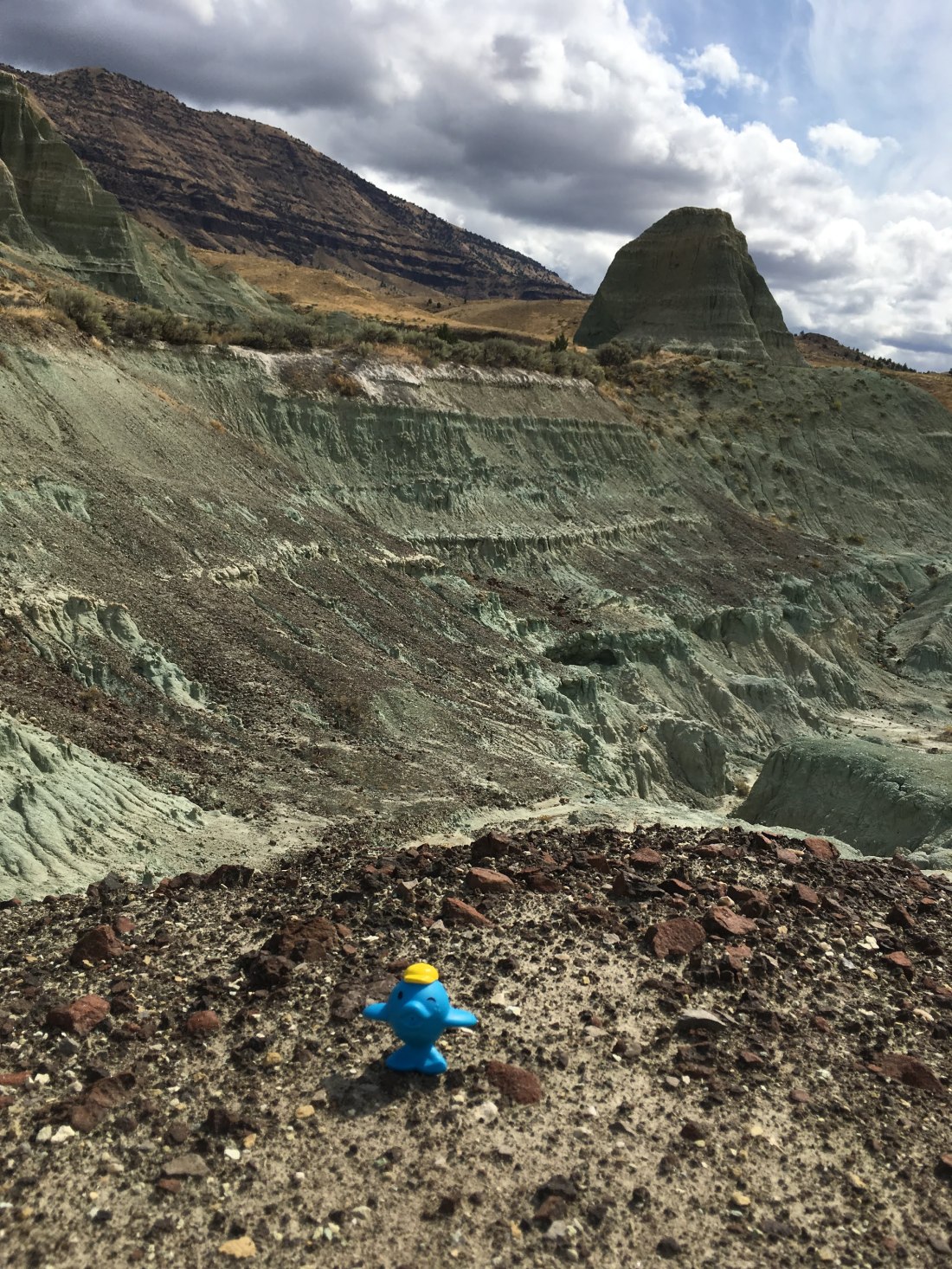 The Eternal Fishnu is here to help you across this great chasm.

The Eternal Fishnu is the Buddha who lead fish to land during what we call the Devonian Period, about 400 millions years ago. For tens of millions of years, The Eternal Fishnu guided the somewhat stormy evolution of fish into the terrestrial vertebrates, some of which became us, we sentient humans.

This transition to land was a necessary step towards the development of sentient beings. The ocean environment was more suitable for incubating the basic constructs of sentient beings. But land offers among other things greater freedom of movement and greater transparency.

The Eternal Fishnu has returned to guide we humans past a roadblock on the long Journey to Perfection that was articulated to us through the Buddha, Siddhartha Gautama, Shakyamuni Buddha. That is, we cling to things in an ever-changing world. So we suffer, churning, walking in circles, not moving along the Path.

Technically, The Eternal Fishnu is crashing Shakyamuni Buddha’s party. But Fishnu is here to assist Shakyamuni Buddha with a specific group of people, software developers. Software developers develop models of real world systems all day long. Such an activity is among the most profound Zen Arts, providing a unique insight into how things really work.

Mrs. Hanamoku and I are big on Bodhi Day. It’s the celebration of the Awakening of the Buddha. The “Lunar Bodhi Day”, which like Easter, is on a different day each year. It is the 8th day of the 12th month of the lunar year.

There is also what I call the “Secular Bodhi Day”, which is standardized to December 8 – the 8th day of the 12th calendar month. This date for Bodhi Day is most popular in Japan and the United States.

This Web site was formed this past Bodhi “Season” of 2017 when the Lunar Bodhi Day coincided with Christmas. For the seven days prior to Christmas, I posted a lesson based on a Bodhisattva. It’s a good encapsulation of how I convey Buddhist/Zen teachings of the Rubber Ducky Buddha of Joliet and The Eternal Fishnu.

I also maintain a sister web site, BodhiDay.org, which focuses more on the celebration of Bodhi Day than the teachings of the Eternal Fishnu. The blog posts are generally lighter, sometimes just neat stuff related to Buddhism.