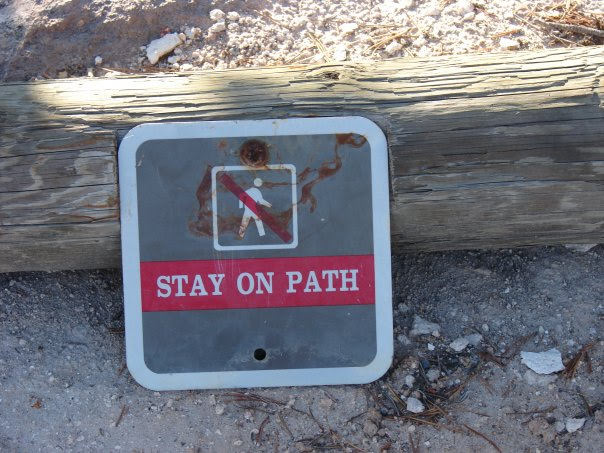 As with all old stories, Zen stories have spawned very many variations. I’ve chosen to take many liberties, recounting the stories in less “dated” (i.e.. “… a samurai entered a tea house …”) fashion. These three Zen stories are the foundation of Fishnu’s teaching. They are extremely powerful, and at first sound simply like “Ah, that’s a nice way to see it” stories.

My intent is that your perception of these stories will change along with you as you become better at being Now. They are also presented in the order by which one encounters them, in a highly iterative way, on the path of Enlightenment:

The C# programmer shouted, “Are you crazy? The cup is already full! And the coffee is mixed up with the yerba mate!”

The master Haskell programmer replied, “Before you can enjoy yerba mate, you must first empty your cup of the coffee.”

A junior IT worker found the root cause of a security leak coming from a new graph database. Being new to graph databases, he failed to secure one part correctly. He reported to the executives that it was the fault of this new graph database technology which was championed by this master programmer named Hakuin.

The executives stormed Hakuin’s cubicle, chastising him for getting them to adopt this newfangled technology. “What were you thinking?! No one was ever fired for going with SQL Server! Idiot!” They demoted him to an entry-level developer in one of the most troubled departments, with absolutely no visibility to the executives. When they asked him to sign a paper agreeing to the demotion, Hakuin simply replied, “Is that so?”, and signed the paper.

Over the next two years Hakuin implemented his graph technology and that once troubled department now became the most integral department, the focal point of strategic intelligence. The company, once a little “David”, was on its way to becoming “Goliath”. Hakuin himself became a highlight recruiting tool for top programmer talent at that company.

But rather than recognize Hakuin’s achievement and make him the department head, the executives placed their own team there, taking it from Hakuin. All he had to say was, “Is that so?”

The Man with the Bag

A newly-minted IT engineer grew weary of the stress of two-week delivery cycles, one immediately after another. But there was a senior IT engineer in full concentration working away, fully focused yet somehow unstressed.

The younger IT engineer approached the cubicle of the senior engineer and asked, “How is it that you are still so focused on this work after years at this sweatshop pace? I see peace yet full attention in your eyes.”

The senior engineer simply turned away from her monitor towards the young engineer and calmly smiled.

The senior engineer, turned back to her monitor and continued on with her work.