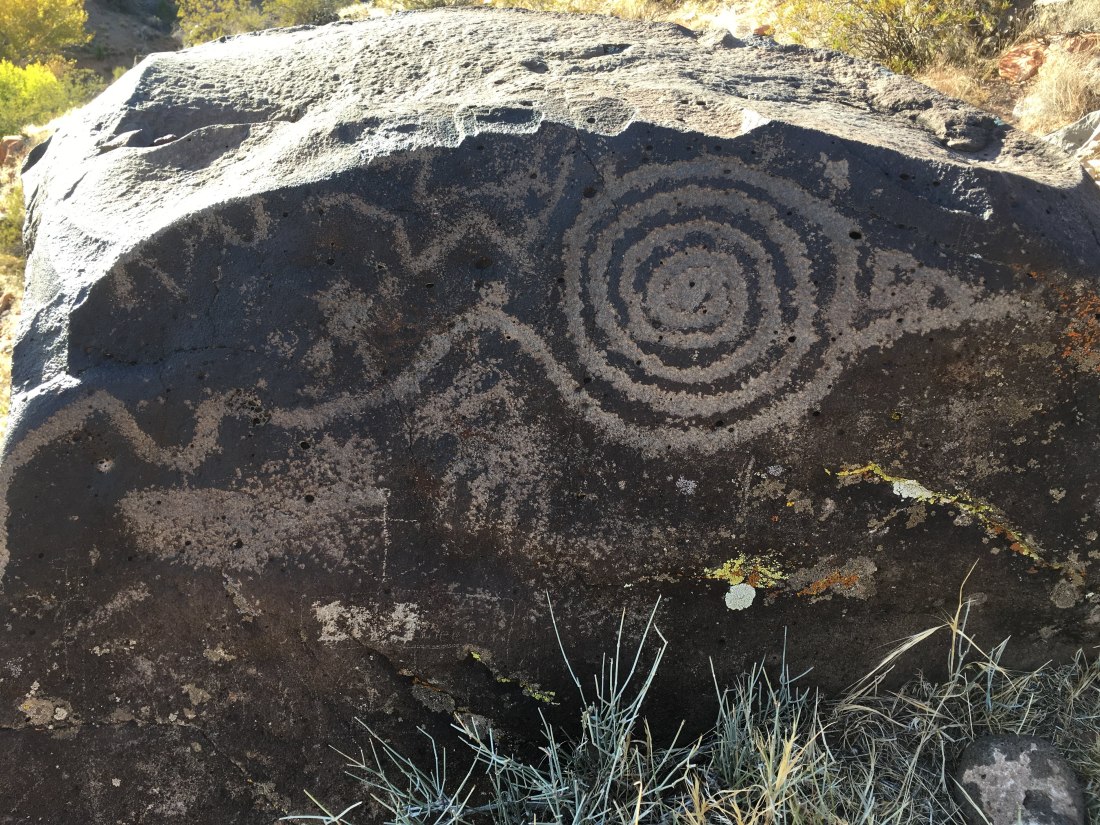 Rubber Ducky Buddha of Joliet is in samadhi, which has been the case as we approach Bodhi Day two weeks from today. So he wanted me to share the story of what he said as we looked at the petroglyph during this past sabbatical.

I pointed to the spiral and self-deprecatingly joked that it looks like me walking around in circles. He said:

“Then to the left, that must be you walking aimlessly. That is, before the light went on and you entered the spiral, followed the path up the mountain, around and around, higher and higher, to the highest point, where you can see the forest!”

I said, “That sounds purdy and all, but it’s … well … not good enough. I don’t need to actually see the forest to know I’m in the forest … Oh!”

Rubber Ducky added said the wandering around is part of the whole deal. If I were just magically dropped to the top of the mountain where I could see the forest, it wouldn’t have meant anything. But wandering around for years in the trees loaded me with questions, with context … which have meaning as I look at the forest now.

I would have thought more about it, but I was yanked out of the instant of satori by someone nearby yelling, “Will you shut the duck up?!!!” Or at least that’s what I heard him say.